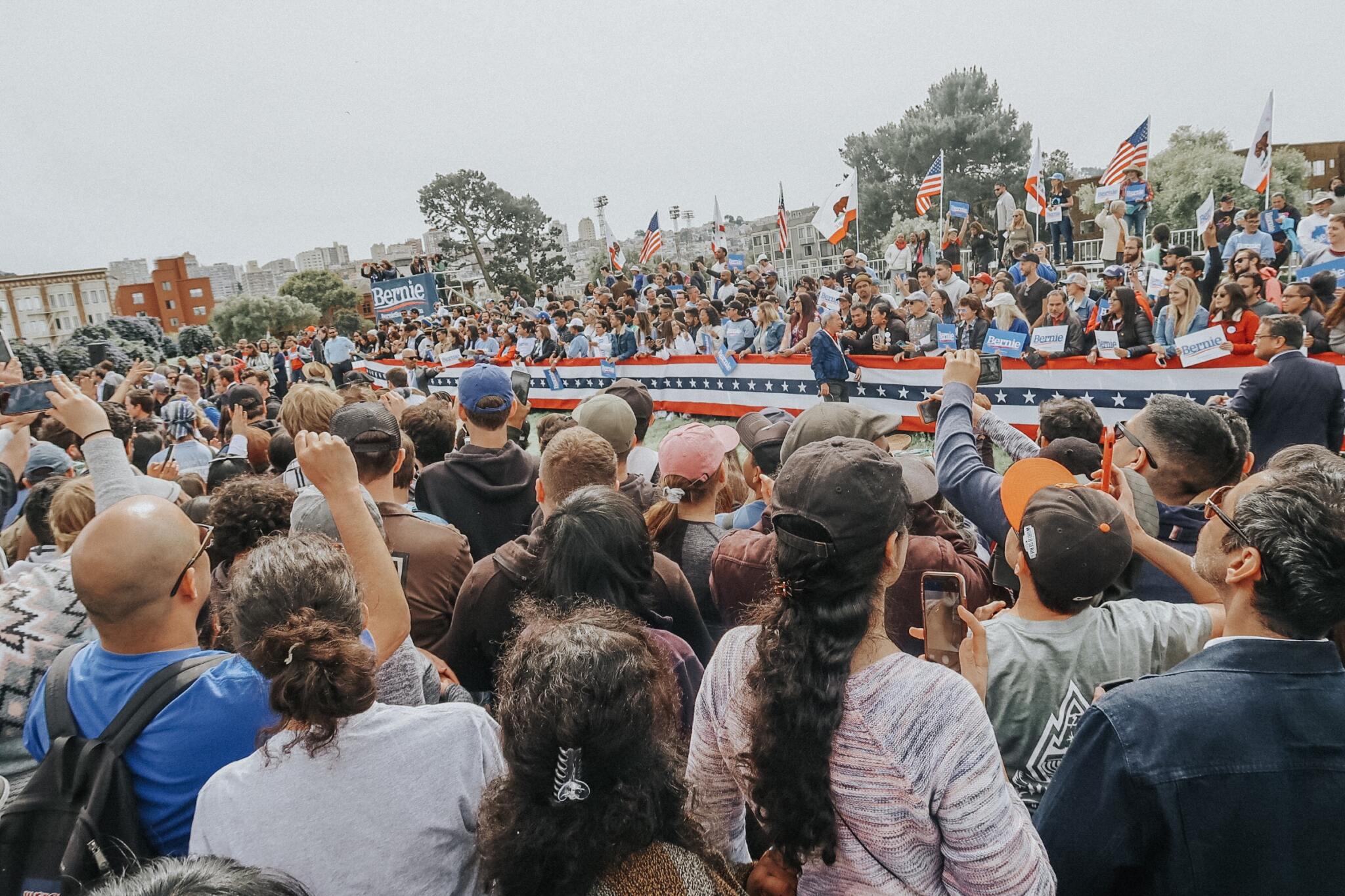 “If you can believe this, over the last three years, life expectancy has gone down in America,” Sanders said. “Because people have lost hope. People are turning to drugs, they’re turning to alcohol. And they’re turning to suicide. This campaign is about bringing hope back to all Americans…If we stand together, we can create a country that will be the envy of the world.” – Senator Bernie Sanders 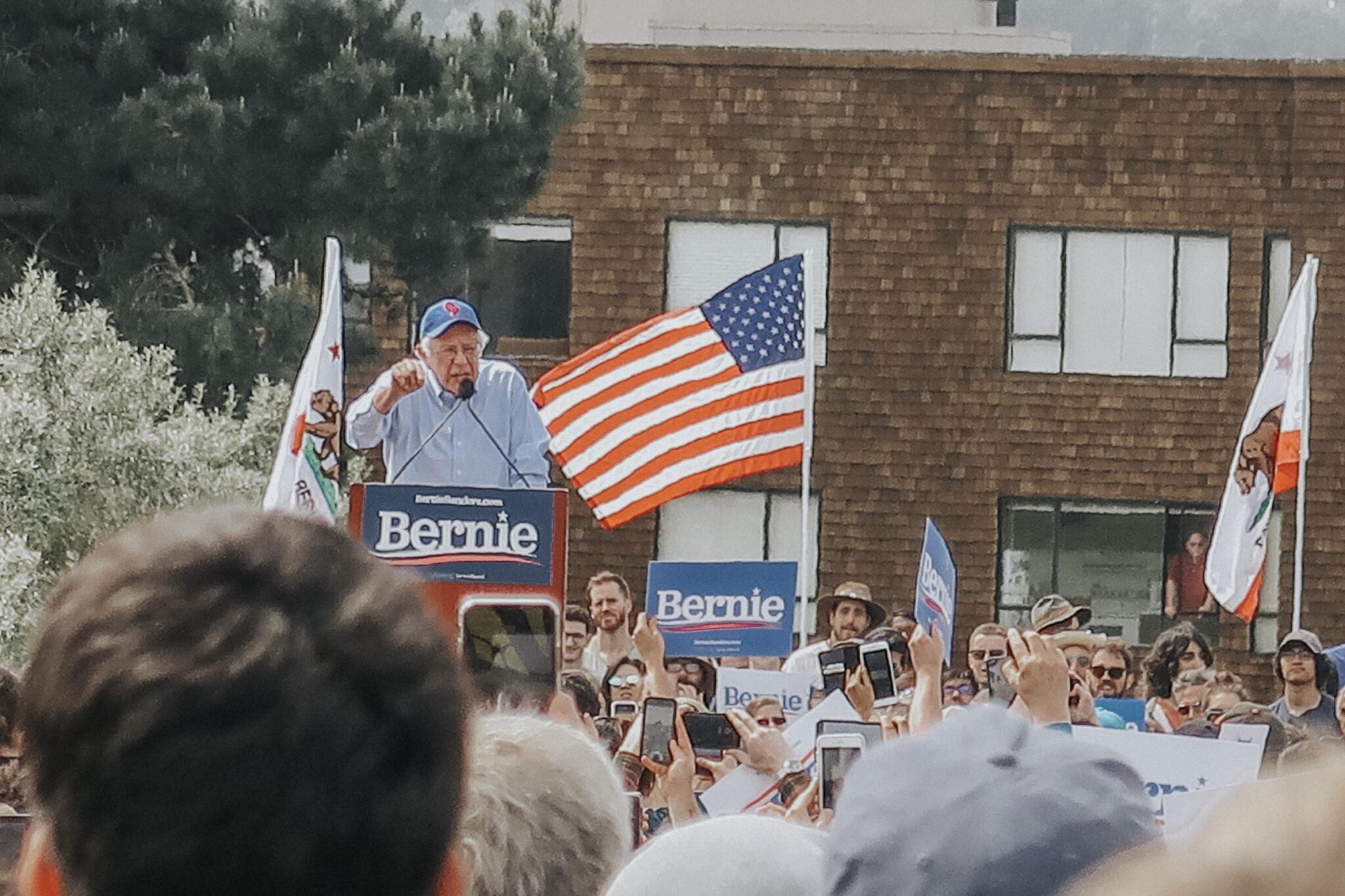 This past Sunday was epic. I took a last minute trip to San Francisco to support Senator Bernie Sanders in his running for Presidency. I arrived at Fort Mason at 10:30 am and already there was a YUUGE line forming to get in. I actually found a great spot a little further back from the stage. I made some new friends, one happened to be a family of three, a father, his young son & daughter. I loved meeting people from all walks of life, with different religious beliefs, different backgrounds all coming together to stand as one in hopes to make our country a better, more loving place.

Our country is so divided right now that I truly believe we need a man like Bernie Sanders to help unify us. I am not trying to persuade or force my opinions on anyone, I am simply voicing my thoughts and feelings because we all have a right to do so.  And I think it’s important to stand up for what you think is right, no matter what others may say.

So I will leave this post short & sweet, with some of my favorite quotes from Bernie from Sunday & some photos & video that I took. Oh and I forgot to mention a big thing…..

What are the odds?! I ran into Bernie Sanders at the San Francisco airport on my way home. So Sunday was seriously an a magical day.

“Want to hear some radical ideas?” he asked the crowd. “Are you prepared? I don’t want you fainting in shock.”

“If we can provide a trillion dollars to bail out Wall Street, we’re either gonna end that student debt completely or substantially reduce it. Take that to the bank.”

“…It is not acceptable to me nor to the American people that we for the first time in modern American history actually have a President who for cheap political gain wants to divide us up by the color of our skin, by our gender, by where we were born, by our sexual orientation, or by our religion.”

“A President of the United States brings us together, does not divide us up. So our campaign will do exactly the opposite of what Trump is doing.”

“We are not only going to overturn this disastrous Supreme Court decision on Citizens United, we’re gonna end voter suppression in this country… I have run in many, many election… It has never, ever occurred to me to say … how can I make it as hard as possible for people to vote because they might vote against me? That is political cowardice. I say to those Republican governors who are trying to keep people from voting, if you don’t have the guts to engage in a free and fair election, get the hell out of politics.”

“If we have the courage to take on powerful special interests, there is nothing that we cannot do. Remember this, they are the one percent. They have unlimited amounts of money, they have incredibly political power, they have lobbyists all over Washington… That is what the 1 percent and the powerful corporations do… They are 1 percent, we are 99 percent. And if we stand together, we can create a country that will be the envy of the world, it will be a country that our kids and our grandchildren will say thank you … for standing up and fighting for justice.”