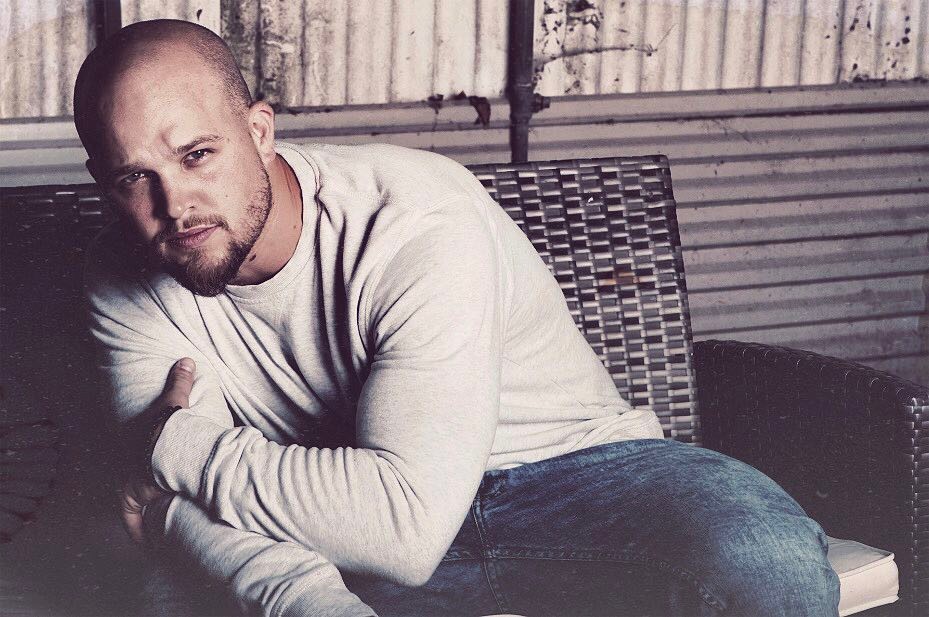 Living in Los Angeles since he was 17 years old, South Carolina native, DIRECTOR Wesley Quinn continues to stay humble, grateful, and passionate about his career.

In this exclusive interview you will read how Wesley got started in the entertainment industry, his journey to success, and advice for aspiring Directors. 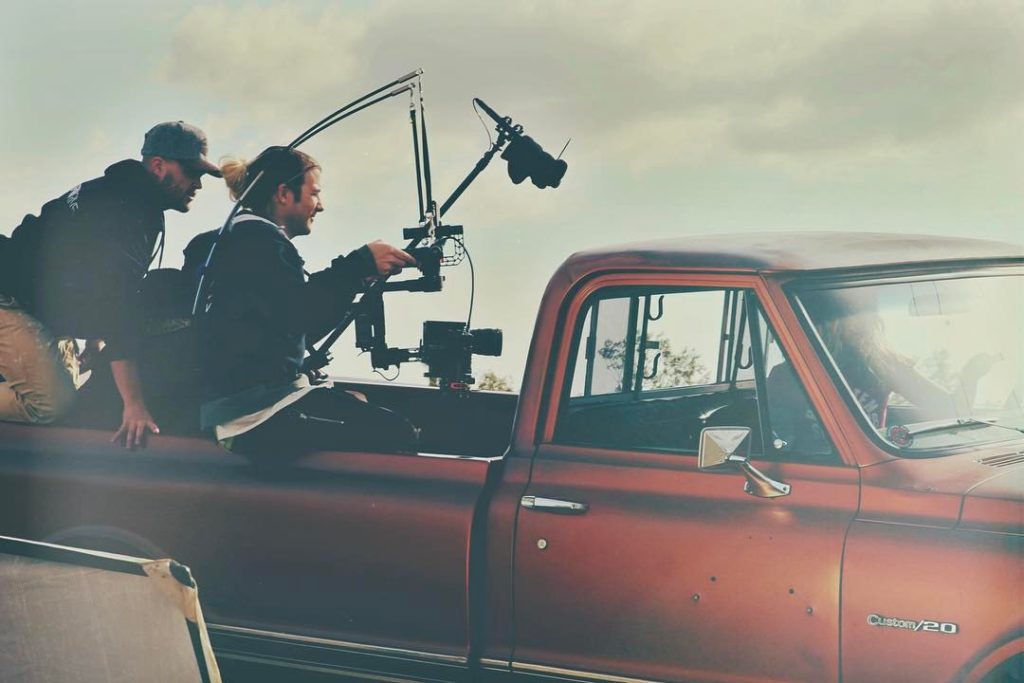 Wesley Quinn’s most recent work as a Director, Producer, Editor include viral videos “Fuego Gasoline by DJ Police ft. J.Lauryn” and “Living Room by Heffron Drive” with both over 500k+ views. He has also worked with Youtube star Mary Jiroux and actor/artist Josh Henderson. His passion for creating cinematic stories and vibrant visuals combined with his strong work ethic makes Wesley one of the most well rounded creatives in the game. 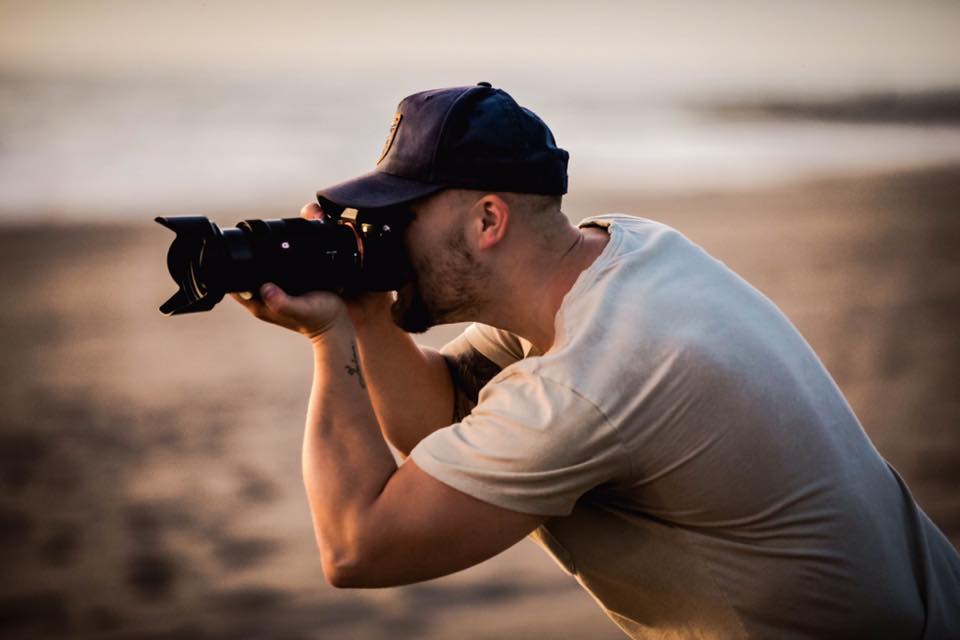 Tell us about Wesley Quinn in two sentences.

I’m hardworking, self-driven, inspired, I live a positive and healthy lifestyle. My goal is to smile all the time.

Did you know you always wanted to be a Director?

No, I didn’t. When I was a young I wanted to be an action star, I still do. I remember watching Rambo and Predator, and saying “this is it, this is definitely what I want to do.” But then I also was a dancer. Living in South Carolina there are really no opportunities. I didn’t really understand the “audition process” until I moved out here and then I was like, “oh my god”. You sit in a room where there are 30 dudes who are better looking than you and taller and perfect and you’re like oh my goodness this has nothing to do with talent anymore. That’s when I was like, I need to create my own content. Honestly, that took time because when you’re in your early 20s, people don’t really take you as serious but the older you get the more people take you serious and it’s just a snowball effect from there.

When I did direct my first project, the second I was on set, I knew it was my calling. And that just opened some many more doors, like lets say I wanted to direct a project I wanted to act in, I’ll just put myself into it. I would love to have a career like The Rock’s.

As I’ve gotten older the more I’ve realized, my friend group is going to be the next group in Hollywood that’s like gonna be killing it. Each one is independently successful in their own lane. 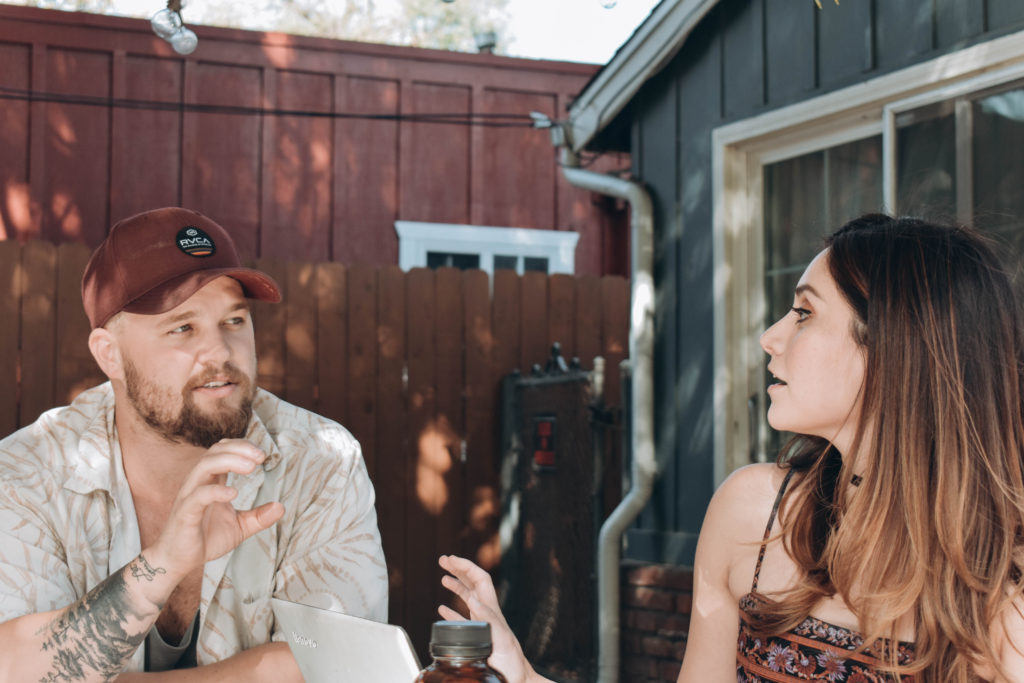 When did you get involved with the arts?

I started in the arts when I was 4 years old. It was kind of a no brainer, I knew what I wanted to do in middle school.  When I was old enough to move, I came out ot California, I started off as a dancer that led to getting involved in a music adventure, which landed me a record deal. 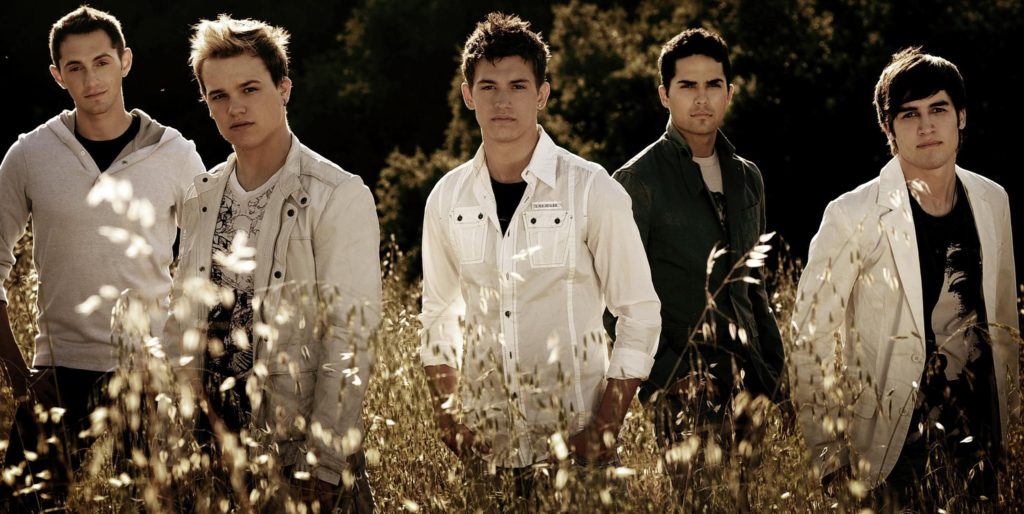 After that I danced more and when I was doing The Muppets Movie, I was 1 of 80 dancers and I’m flipping through 8 pages of call sheets and I finally see my name and I was like “Man, I am meant for more than this”. That’s when I was like I need to start creating my own content. And then I took a little hiatus from the industry, got myself back together and then started producing content.

When I first moved out here I had opportunity after opportunity which was great but up until that point I hadn’t really experienced any hardships or failures. And then, when those early 20’s hit, it was just failure after failure but it really humbles you. Those hardships opened up who I am as a person.

If you haven’t failed or struggled I can’t relate with you anymore. There’s a small majority of people who come out here and just start hitting bombs. Good for them but that really doesn’t happen that often. I had a conversation with Harrison Ford once and he told me he was 33 years old before he got his break.

Did you go to school for film?

I did not. I constantly take huge risks, like always, everyone that knows me they know all of my projects usually are almost impossible but I always pull it off somehow. (Knock on wood). I learned everything by putting myself into it. If i didn’t know it, I YouTubed it, looked it up online or asked people. All the people that went to film school tell me, you’re doing it the right way. You don’t need to go to film school to be a successful entertainer.

My first directing project the D.P. (Director of Photography)) asked me what lens do you want to use on this? I was like…um medium to wide… haha I don’t know make it look cool. But now I know everything.  I have my own camera gear now. But at first, I just knew the story I wanted to tell and how I wanted it to look and I learned all the details later. Then I was like I wanna learn every aspect. I learned; gaffening, audio, lightening, editing, color correction, affects,  after effects. I wanted to learn everything because I don’t want to be that director that points fingers, cuz he doesn’t know what to do or properly light something. I want to be able to be respected by the whole squad. The whole production. 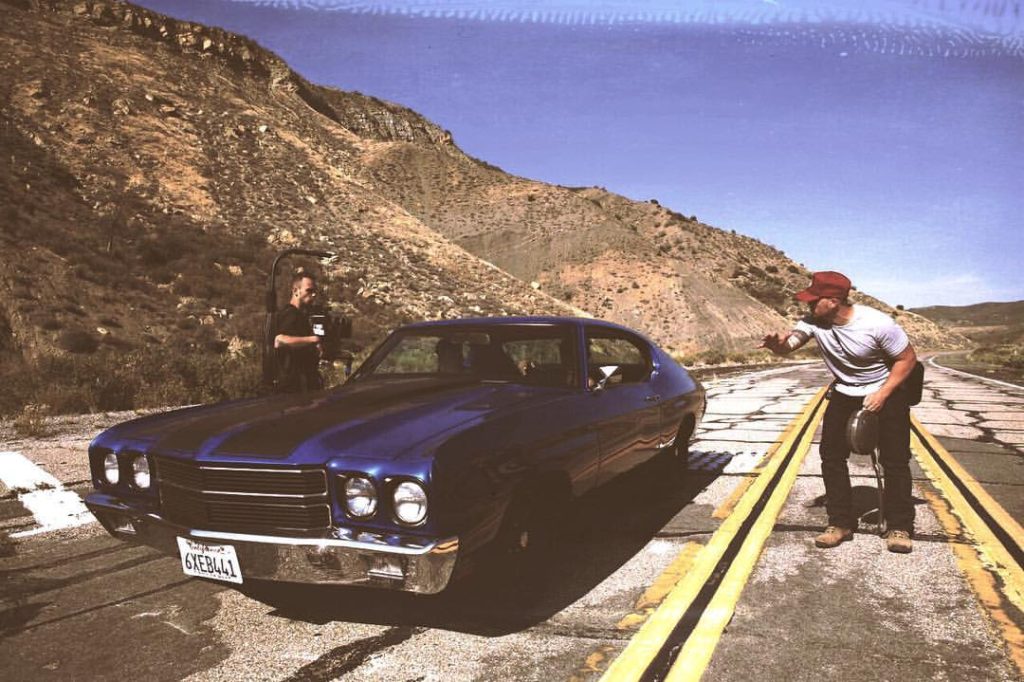 Was there a mentor or someone that taught you the ways?

Someone who I really look up to a lot, I’ve never met him just follow him on Instagram, always looking at his videos and his work because it’s always amazing, his name is Jakob Owens. He’s huge in the music video game, I also like this dude named Colin Tilley he did “Wild Thoughts” but if I’m going big like who do I really like, it would be Quentin Tarantino. Love Tarantino. I love Christopher Nolan too. He’s like next level, sometimes I’m like “how did you create this? How did you come up with this idea?” It’s that insane his work, like Interstellar was… STELLAR. I really like Peter Berg too, he did Lone Survivor, Deep Water Horizon, Patriots Day, I love his style. He makes action movies and I love action movies.

What’s the job of a Director?

This is how I look at directing, you’re the coach, you have to create it and bring it home. It’s a fun job but the pressure is out of this world and you have to be able to handle that and you can’t crack. The second you show your weakness, then you’re not meant for it because how are you going to be in control and in charge of how ever many people if you show your weakness or stress out, you will stress everyone out.

As a Director you have to keep your cool, no matter what and you have to get the job done. I like pressure, it’s exciting for me. As a Director you are the leader. What’s more important to me than anything is making sure my reputation stays strong, I want to be the dude who’s like 50 years into the game and still just the coolest dude ever. And fun to work with, I will never understand those Directors who are yelling and screaming, it doesn’t make any sense to me.

Put your hands in everything. You can pick up your iphone now and make a movie. If you’re just going to be sitting around, waiting to be a director, then good luck. You have to get a squad together, gotta get a team and you can only get a team by leading by example. So if you’re creating dope content by yourself, you’re going to get people to jump on and then your team starts building. Then you can pass off the camera to somebody else and only direct. I’m getting to the point where I can get get DP’s, lightening crew, and now I can just direct. But I still love holding the camera, that’s why I bought a $30,000 camera so I can be able to do it whenever I want to. So ya, my advice is to literally know everything and spend most of your time on editing. The magic happens in the editing room. If you’re a dope editor, you’re going to work.

Stay grounded, stay humble, remember who you are and remember where you came from. 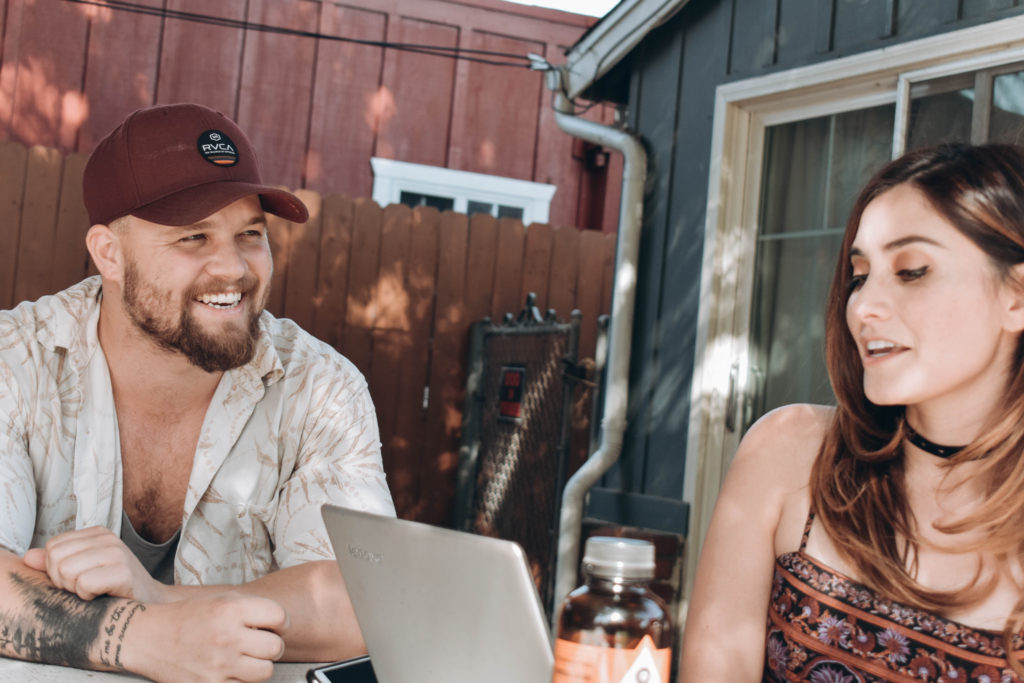 I have a bunch of music videos coming out, some short films I’m directing and starring in some. I had some people reach out to me, that have funding and want me to direct their film and asked if I’d also like to be one of the main dudes in it. So now I can do both, direct and act.

The end of March I’m doing this Viking project, we will be going to Universal and Warner Brothers and legitimately be decked out in real viking costumes. There’s a good amount of money invested into the project, a lot will go to special effects, we have an awesome Director of Photography who I am actually really stoked about. It’s a passion project, we plan on taking it to festivals and plan on selling it to make an actual feature.

I end with, find a great group of loyal friends who are passionate about their career because when one person makes it, we’re all going to make it. I’m a huge believer that the people who make it are the people who stay. I’ve known so many people who move out here, with being the star of their little town and they can’t handle the rejection or they spend a year or two out here because they’re not booking anything. It takes time, I’m coming up on my eleventh year and it’s just now getting to the place, where things are happening. Someone told me when I first moved out here, it’s going to take you 10 years and damn they were so right. I’m super glad I didn’t crack off in my teenage, early 20s because my identity was so different then. I would’ve had a harder time transitioning into the identity that I am now, which I like way more. So I’m glad I stuck with it. Whoever is reading this, you just really have to stick with it because eventually something will happen. IF you’re a good dude or a good person. 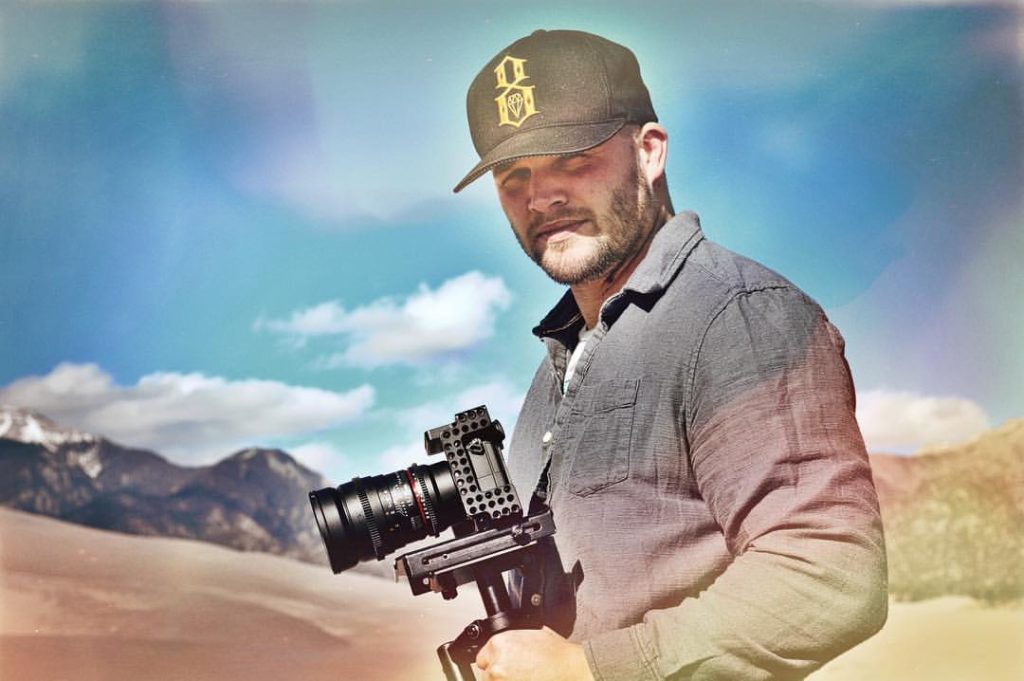 Wes and I’s friendship go way back. I am SOOO proud of all his accomplishments thus far and excited for what the future holds for him! 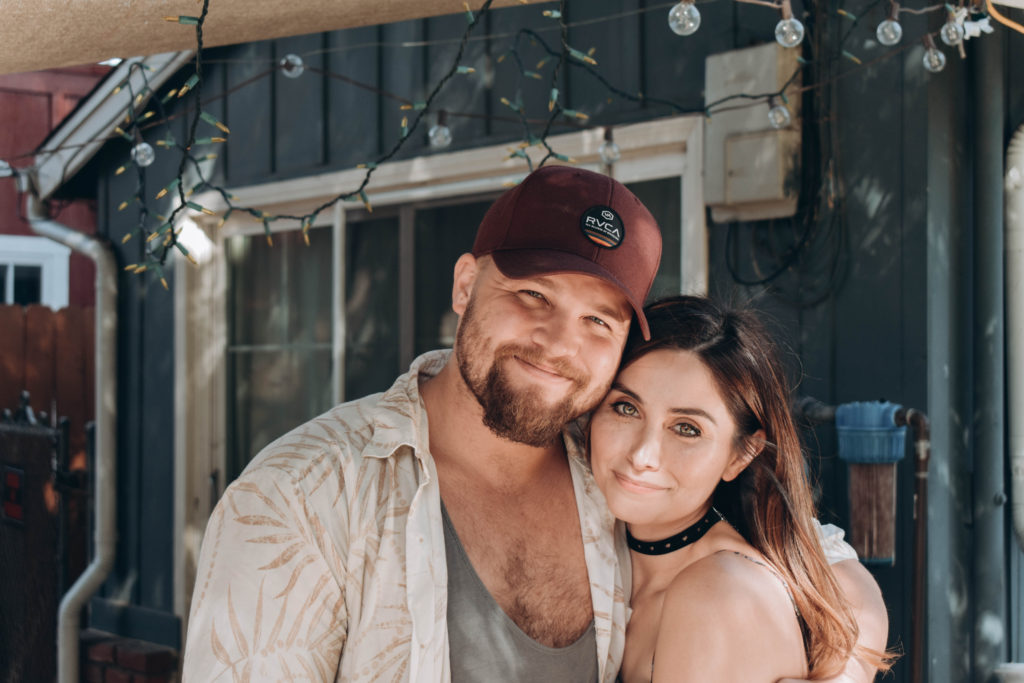 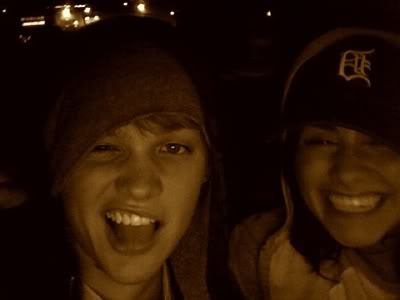